I want to hold your hand

One night I was reveling in the sounds of my favorite Country and Western tunes, when my room mate Michael walked in and started an unsolicited critique of this particular musical venue.

I explained to Michael that this type of music was meant to be maudlin, tear jerking, common and base because it spoke for millions of people who led ordinary, simple lives. It spoke to their every day struggles, their everyday hopes and fears, and their everyday life experiences especially when it came to matters of the heart.

In particular, it was directed to people who suffered hardship, who had blue collar jobs, who liked to drink, who cheated on their spouses, whose spouses cheated on them, and who had occasionally run afoul of the law.

It was all about hard driving, hard living, hard drinking, hard loving and hard working ordinary men and women.

As far as the steel guitar was concerned, I explained that playing a National Pedal Steel was incredibly difficult and that the whining or staccato refrains provided vital counterpoint to the vocal lyrics.

In telling Michael he was a bigoted, closed mind effete snob, I then set out to prove him wrong.

Realizing that conventional logic would not hold sway, the only alternative left was to drug him as I set the stage for a possible epiphany. So, one late Saturday afternoon after we took some mescaline it seemed that was as good a time as any other. Suggesting that we should take a ride in the country, we set out down the Massachusetts turnpike for Springfield.

I was the driver, and one of the rules of long distance driving is that the driver always gets to pick the music.

Asking him to be patient, I started playing Country music suggesting that he envision us being long haul truckers, high on amphetamines, hours away from our intended destination, with our loving but lonely or bored wife or girlfriend left behind for some predatory bar fly to attempt sweet talking her into bed.

As the drug began to take effect, the music worked its charm on the previously suppressed temporal lobe of Michael’s pre-biased brain, then as the alternating dashed and solid white lines of the highway whizzed by, visually reinforcing Merle Haggard’s song about the road paint that separates the lanes, he suddenly without further provocation shouted:

Then whenever the steel guitar played short counter pointing bursts behind the whiney vocals, he smiled, twitched his fingers and forearms in synch as though he might be faking the onset of a grand mal seizure while shouting out:

This vignette reminded of the time in the tenth grade when our social studies teacher began a ranting soliloquy in front of the class asking repeatedly who could tell him how any one of us sitting in the room on that very day could immediately make a million dollars.

We were stupefied. After all, we were only in the tenth grade and it was 1963. How could any one of us even dream of making such an unimaginable sum as one million dollars?

He then prompted us by asking what was the unifying theme of all the current rock and roll music we were raging over while parents scolded or attempted to censor their daughters new love for the greased up male icons they were gah-gah swooning over. He ranted:

Once again, the class was stymied.

Everyone thought he was nuts, but obviously, he was just a little bit ahead of the curve.

None of us wrote that song.

Other people made millions and millions of dollars.

These great singers and song writers in doing so then made the millions of people who listened to their ballads more significantly tied to their emotions than they already were. Whether for better or for worse, they gave much greater meaning, depth and understanding to lives that otherwise would have been empty or lost or without a rationalizing raison-d’être… if it were not for the music. 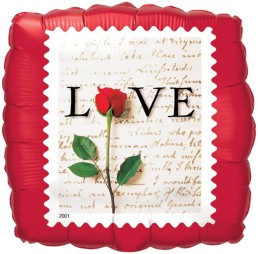 He said I’ll love you till I die

She told him you’ll forget in time

And as the years went slowly by

She still prayed upon his mind

He kept her picture on his wall

Went half crazy now and then

He still loved her through it all

Kept some letters by his bed

He had underlined in red

Every single “I love you”

He stopped loving her today

They placed a wreath upon his door

And soon they’ll carry him away.

He stopped loving her today